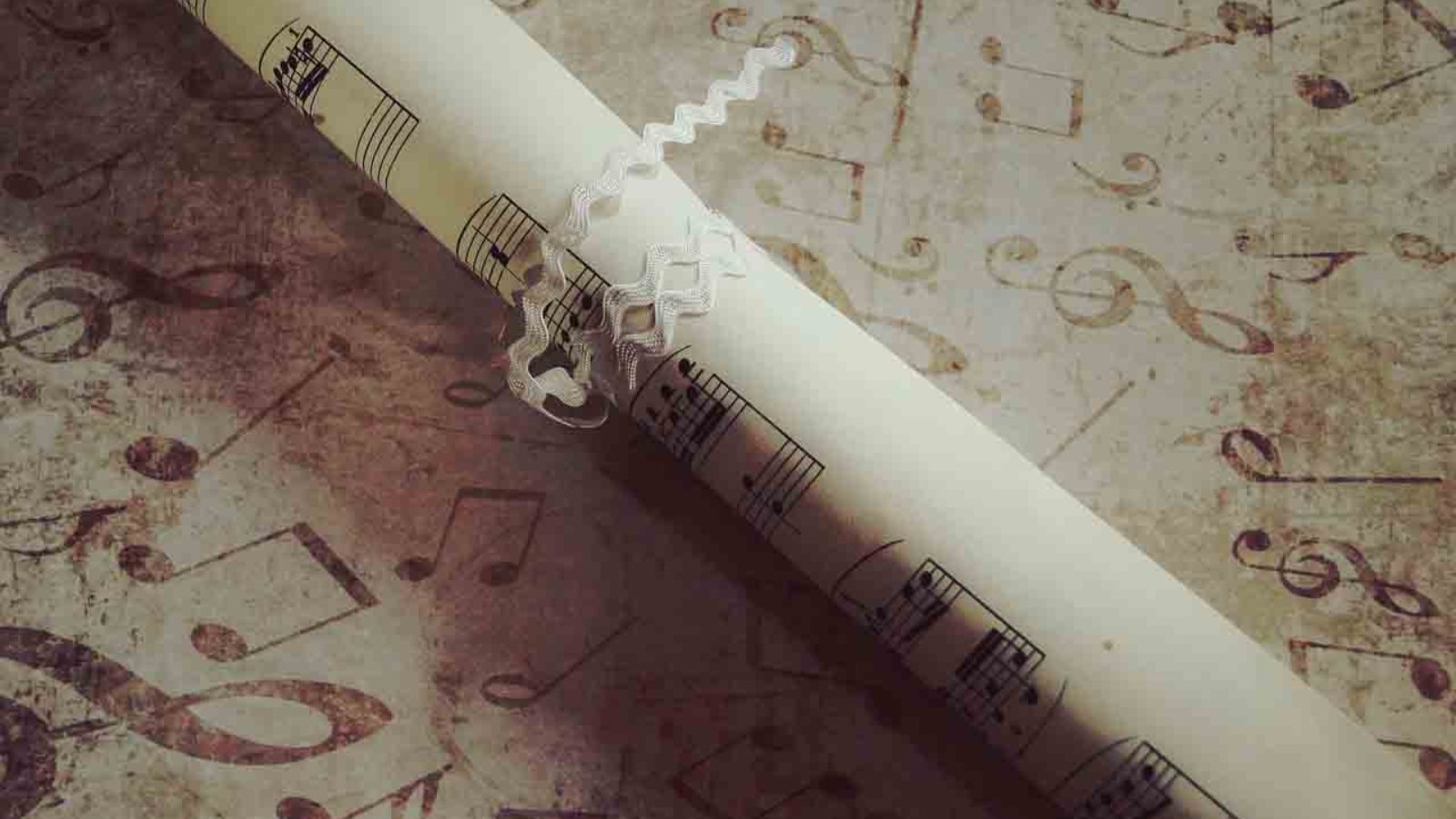 Many thinks that reading music is hard. In my experience, it’s not. It only takes a few minutes of your time to understand the basic concept of standard music notation. What takes time is the sight reading skills of an individual.

This article discusses the fundamental elements of music notation and ends with a quiz. I strongly recommend you take the quiz at the end of this article.

Music is written on a staff (plural staves) which is five (5) horizontal lines on top of each other. These lines create four (4) spaces in between them.

These lines and spaces are numbered from the bottom up.

Remember this! – When things are being counted in music, staff lines, degrees of a scale, intervals and even the strings of a guitar, they are always counted from the bottom up.

The staff can be divided into smaller sections for the purpose of making it easier to read. The lines that divide the staff into small sections is called Bar Lines.

Think of bar lines as punctuation marks: you don’t hear them but you see them making it easier for you to read. The spaces or sections between bar lines are called measures. You can also call them bars. To avoid confusion, we can just call them measures.

Most notes are written inside the staff, but some notes go high above the staff or even below the staff. When this happens, you will see small lines drawn above or below the staff – these lines are called ledger lines.

Ledger lines make it easier for us to identify the notes that are above or below the staff.

The notes on a staff will either fall on a line or a space. Notes that have lines through them are called line notes while notes that are in between lines are called space notes.

Webster defines pitch as the property of a sound and especially a musical tone that is determined by the frequency of the waves producing it. Not really helpful for beginners who are learning the fundamentals of music theory.

What that means is that pitch is the highness or lowness of a sound or a note.

Clef is a french word which means key. Clefs are the symbols you see in the beginning of a staff. Clefs didn’t show up until around the mid 1500s.

In early music, a letter was written at the beginning of a plainchant. Around 1000 AD, someone thought of drawing a line from the letter all the way across the page. Then a guy called Guido De Arizzo added more lines and now we have four of them.

Overtime, the letter just became the symbol we now know of as clefs.

The G clef or Treble clef is an ornate letter G. What that means is that it came from the letter G and overtime transformed into the G clef we now know of.

Together, the bass clef and the treble clef combined makes the grand staff.

Notes on the staff are named after the first seven letters of the alphabet.

Here is an image showing the letter names and the use of ledger lines.

How to identify letter names on the staff

There is a technique to help you read and remember the letter names on the staff much easier. Our goal in learning all of these symbols of the fundamentals of music theory is to be able to read the notes on the staff.

Notes on Lines and Spaces for the Treble or G clef

For the G staff (staff with a g clef) remember the words Every, Good, Boy, Does Fine and take only the first letters of it. The first line is E, the second line G, the third line B, the fourth line D and the 5th line F.

For spaces, just remember the letters of the word FACE. The first space is F, the second space is A, the third space is C, and the fourth space is E.

Notes on Lines and Spaces for the Bass or F Clef

You can check my blog for other interesting . A good resource to follow- our discussion about the fundamentals of music theory is in this link.

Did you find this article (fundamentals of music theory) helpful? How well did you do with the quiz? Let me know what you think by writing a comment below.